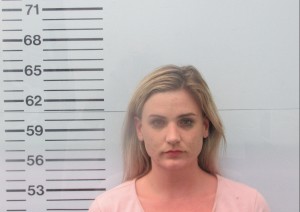 Officers were called to the 29 hundred block of South Lamar Boulevard about a gunshot victim.

The unidentified victim died at the scene.

That’s also where Griste was taken into custody.

OPD is not releasing what led up to the shooting.

However, a spokesperson did say Griste and the victim did know each other.

Her bond was set at one million dollars.