OXFORD, Miss. (WCBI) – Oxford Police arrest one man and are searching for another in connection to an investigation involving a moving company.

Investigators with the Oxford Police Department have been looking into the operations of Spyder Moving Services.

On Friday, they arrested Charles Joiner at the Spyder’s West Oxford Loop location. 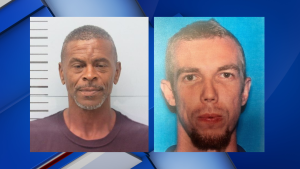 Joiner is charged with Accessory to Embezzlement Under Contract.

Sunday, Oxford Police, with help from the Pontotoc Police and Fire Departments, searched storage facilities in Oxford and Pontotoc and recovered property belonging to at least 7 victims.

Investigators are still looking for the owner of Spyder Moving Services, Vladyslav Laddygin of Oxford.

He is wanted for 2 counts of Embezzlement Under Contract.

If you know where he is, or if you have any information on Spyder Moving Services and these cases, call the Oxford Police Department.

The investigation is still open, and more charges are likely.