Oxford woman has been accused of fraud

OXFORD, Miss. (WCBI) – An Oxford woman has been accused of fraud.

27-year-old Hannah Russell is charged with felon in possession of a weapon and credit card fraud. 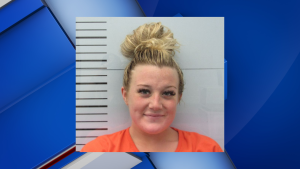 No other details about the investigation were released.

Russell was given a 25 thousand dollar bond. However, the department of corrections has placed a hold on Russell and she remains in jail.