Alexis Sanders was ordered to serve 32 years in prison after pleading guilty to second degree murder. 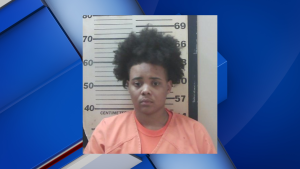 The Canton woman’s attorney asked the court to reconsider the prison sentence after the victim’s family asked for a shorter amount of time to be served.

That request was denied today in Oktibbeha County Circuit Court.

This means Sanders will spend more than three decades behind bars.

The shooting happened in the 22 hundred block of Hickory Grove road.

Clark lived at the home where the shooting occurred.