ITAWAMBA COUNTY, Miss. (WCBI) – Mississippi prosecutors are asking for an execution date to be set in the horrific Itawamba County murder case. 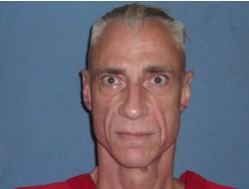 Thomas Edwin Loden Jr. was convicted of capital murder in the death of Leesa Marie Gray in 2000.

He waived his right to a jury for guilt and sentencing, pleading guilty to six charges and was sentenced to death.

Today, the Mississippi Attorney General’s office made the execution date request to the state Supreme Court.

Loden has lost several appeals in state and federal courts.

No word on when the state’s high court will make a determination about the execution date.