Relief from the heat on the way

SUMMARY: We’ve been suffering through the hottest week of the summer so far. Luckily, the extreme heat is not going to stick around much longer. Compared to this week, next week is looking downright pleasant! Saturday is still very hot in the upper 90s with low storm chances, but Sunday rain chances begin to increase. The heat backs down a bit for Sunday, and by Monday high temperatures should be 10+ degrees cooler than they were this week! Highs stay in the low to mid 80s with scattered showers and storms throughout the day. Things dry out as a front clears the area, leaving us with partly cloudy skies and highs in the upper 80s to near 90 for the remainder of the week. SATURDAY: Another day of oppressive heat and humidity, with excessive heat warnings and heat advisories up for the area. Feels like temps will reach 100-115 degrees or higher under mostly sunny skies. Highs reach the upper 90s, with a stray afternoon or evening storm possible. 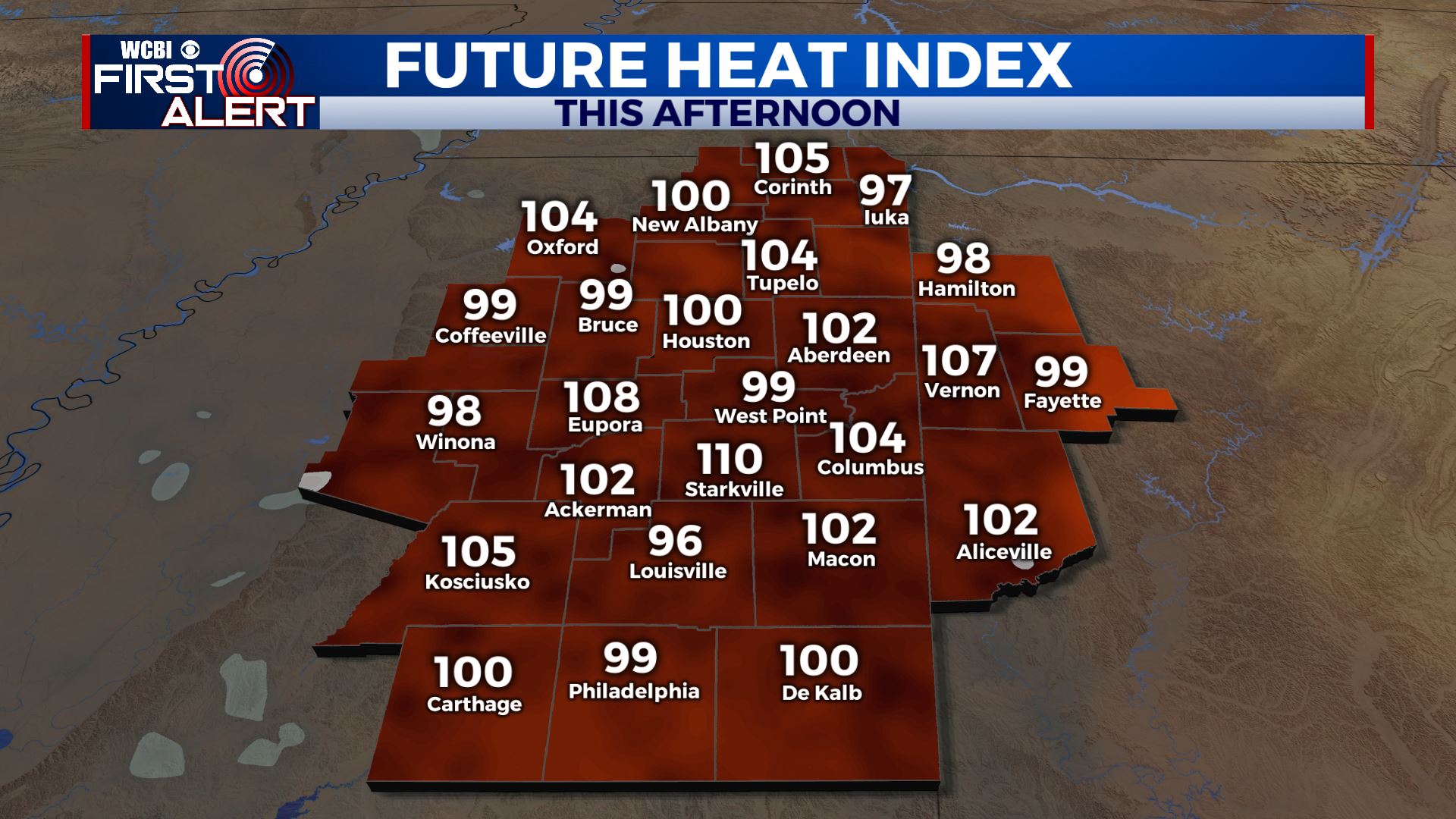 SATURDAY NIGHT: Very warm and muggy for Saturday night, not much relief from the daytime hours. Lows will struggle to get below the 80 degree mark, bottoming out in the upper 70s under mostly clear skies. Patchy fog possible Sunday morning. SUNDAY: Slightly cooler for Sunday, but still very hot in the mid to upper 90s under partly cloudy skies. Most of us likely stay dry until the evening, when we’ll see a chance for scattered showers and storms. Feels like temps 105-110. SUNDAY NIGHT: Scattered showers and storms continue through Sunday night, perhaps even increasing in coverage as the night goes on. Very muggy but with more tolerable temperatures, in the low 70s. MONDAY TO FRIDAY: Monday is looking downright “cool” across the area, with highs staying in the low to mid 80s. Widespread showers and storms will be around throughout the day, under mostly cloudy skies. A cold front will push through the region Monday evening, dropping our lows into the 60s for much of the week! Tuesday looks much drier with partly cloudy skies and highs in the mid to upper 80s. Dry through the end of the week as well, with partly cloudy skies and temperatures slowly returning to normal in the low 90s. CONNECT WITH @WCBIWEATHER ON TWITTER, FACEBOOK AND INSTAGRAM 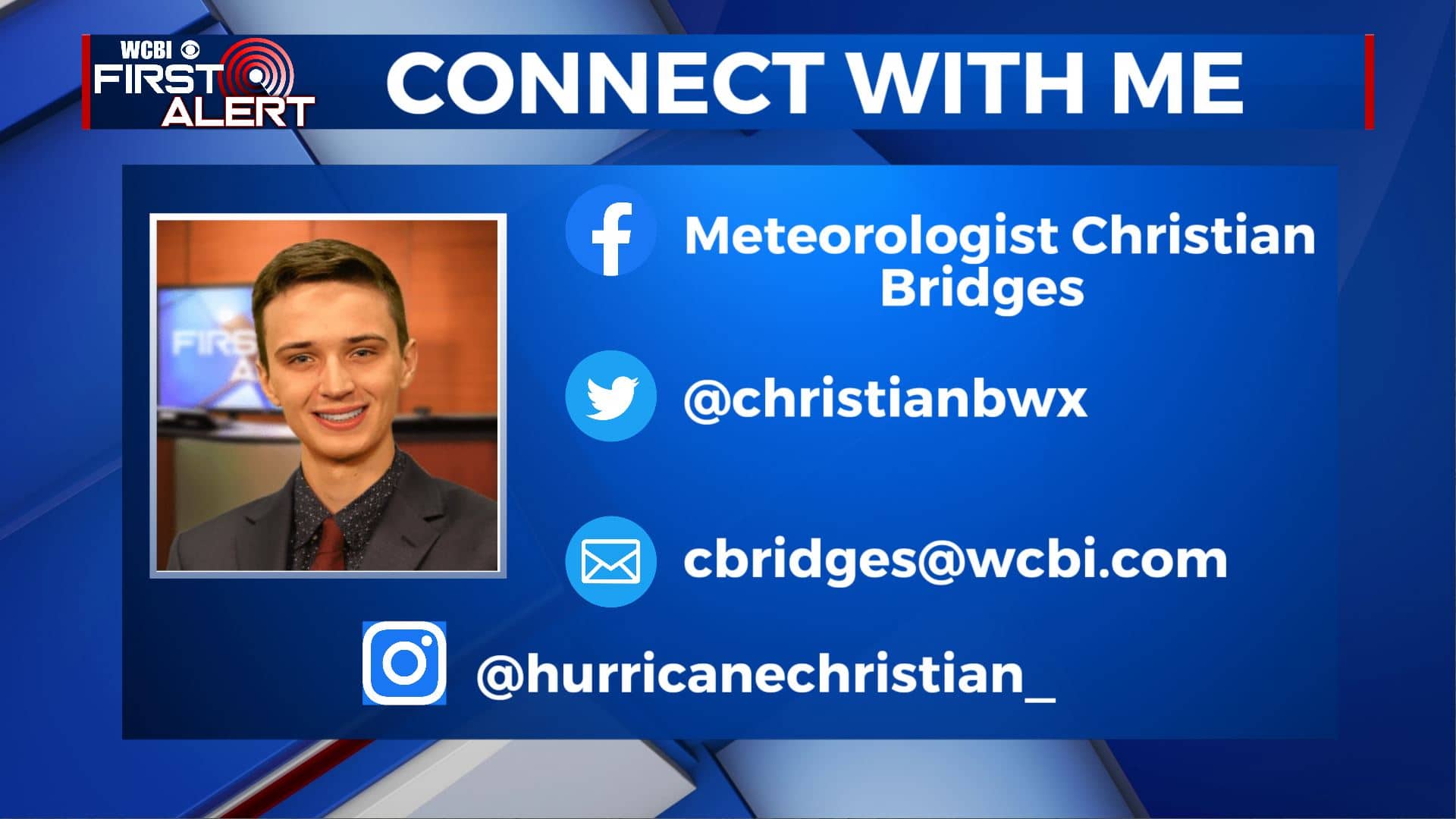