SALTILLO, Miss. (WCBI) – One charge leads to others for a man in Saltillo.

On Friday, Saltillo Police had an encounter with Bradley Brents.

During that encounter, an officer was reportedly hit by Brents vehicle.

Bradley Brents was arrested. He is charged with Simple Assault on a Police Officer, Possession of a Controlled Substance, and misdemeanor charges, including Driving Under the Influence.

The officer had minor injuries and was treated and released.

Brents case will be presented to the next grand jury. 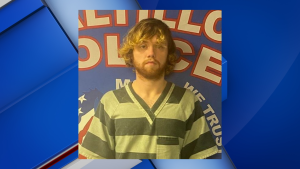