WASHINGTON , DC ( PRESS RELEASE) Clay County Sheriff Eddie Scott will be in Washington DC on Wednesday, Sept. 5, to meet with White House officials on illegal immigration matters, and to urge Congress to act on pending legislation to increase border security. 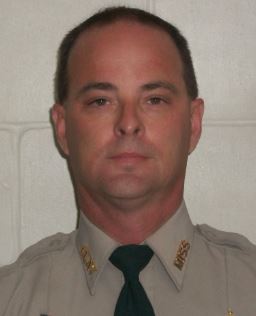 Sheriff Scott will join almost 50 other Sheriffs from across the country as a united group of elected law enforcement officers at a media event on Capitol Hill on Wednesday morning. Joined by some members of Congress, this group or Sheriffs will share their experiences and public safety challenges associated with illegal aliens, and call on Congress to act on pending legislation to increase border security and reform the immigration system.

On Wednesday afternoon, the Sheriffs will participate in a roundtable discussion at the White House with administration officials and policymakers. Hosted by the White House Office of Intergovernmental Affairs, the round table will focus on immigration, border security and efforts by some elected officials to prevent the critical collaboration of local, county, state and federal law enforcement agencies. These partnerships maximize law enforcement’s potential to identify criminals in communities and remove them from neighborhoods.

“During our visit to the White House, we will discuss the challenges we face as a result of the ongoing Congressional stalemate, strategies to more easily identify criminal illegal aliens, and explore ways to expand and protect our valuable and critically important relationships with our local, state and federal law enforcement partners,” Sheriff Scott continued. “We will also take the opportunity to express and thank President Trump and his administration for re-establishing law enforcement’s footing to enforce our laws.

“America’s Sheriffs are elected by the people in their communities to keep them safe, and the continued inaction of Congress has put a major roadblock in law enforcement’s path to protecting our citizens and legal residents. It is our sworn duty to protect our citizens, and we, as Sheriffs, view this opportunity to push for meaningful immigration reform as a way to uphold our promise, our commitment, to the people who elected us to protect them.”