Joseph Fields was arrested Wednesday after the previous arrest of Jarmesha McGaughy.

On Friday, agents served a search warrant at home on Mary Ann Street in Verona.

Agents seized over a pound of methamphetamine, 200 grams of cocaine, over 500 tablets of ecstasy, and around $12,000 in cash believed to be from drug activity.

Sheriff Jim Johnson says he started his career in Verona and hates to see the town in the shape it’s in.

“It is known for this type of activity. It saddens me to see the community that I grew up in, turn to such criminal activity and drug infested area. 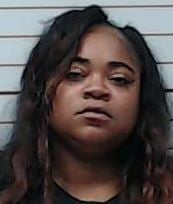