Shooting inside Lyric injures one in Oxford

OXFORD, Miss. (WCBI)- Police in Oxford are investigating a shooting that occurred inside the Lyric.

The shooting happened at a party that was taking place at the Lyric, according to police.

The investigation is ongoing.

Stay with WCBI as this story develops. 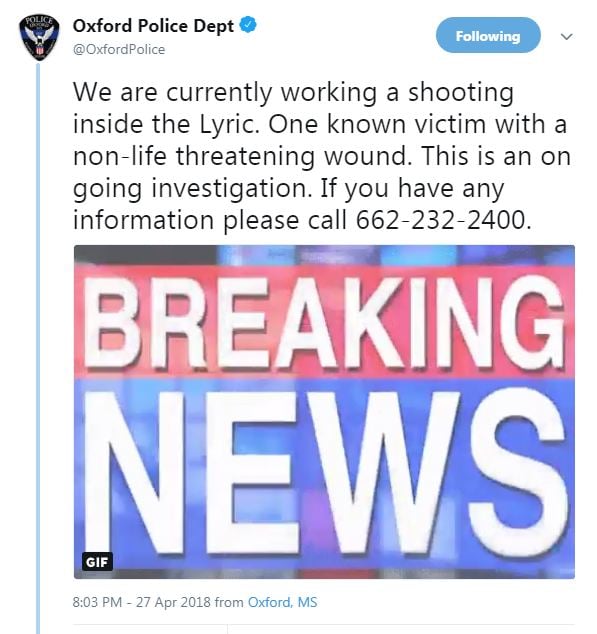 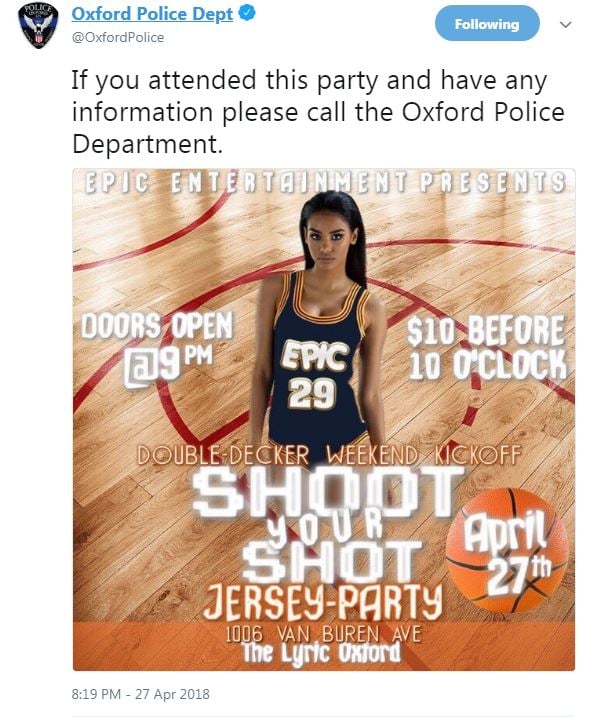