Stabbing suspect caught due to unauthorized dip in motel pool

TUPELO, Miss. (WCBI) – A stabbing suspect is busted thanks to an unauthorized dip in a motel pool.

Last Wednesday Tupelo Police were called about a stabbing victim at the Walmart on South Gloster. 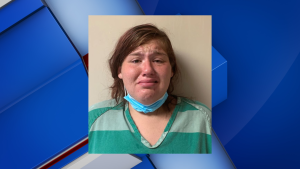 The victim was taken to NMMC. It was determined that the assault actually happened near the old Milk Plant on Carnation Street.

A witness identified a suspect, and a warrant for Aggravated Assault was issued for Lexi Aubrianna Hutchenson.

On Monday, Police were called to the Econo Lodge about a trespasser in the pool area.

When they got there they found Lexi Hutchenson and arrested her on the Aggravated Assault warrant.