OKTIBBEHA COUNTY, Miss. (WCBI) – A Starkville woman has been charged with accessory after the fact in a 2021 murder. 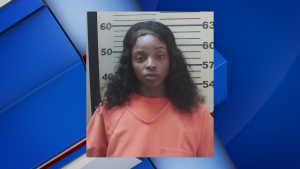 The murder happened more than a year ago. Investigators have been working on the case since then.

Oktibbeha County deputies were called to the 22 hundred block of Hickory Grove Road.

30-year-old Laquilla Clark had been shot one time.

Clark was living at the home where the shooting happened.

Law enforcement tried to save her but were unsuccessful.