Starliner on track for Sunday landing despite setbacks

Despite a pre-launch timing glitch that derailed plans to dock with the International Space Station, Boeing’s Starliner spacecraft was on track Saturday for an earlier-than-planned New Mexico landing Sunday to close out a problematic but partially successful maiden flight, engineers said Saturday.

If all goes well, the Starliner’s braking rockets will fire at 7:23:47 a.m. EST for just under one minute, slowing the ship by about 335 mph and dropping the far side of its 155-mile-high circular orbit deep into the atmosphere.

Two minutes after the “burn,” the capsule’s service module — housing powerful abort engines, braking thrusters, propellant and other systems that will no longer be needed at that point — will be jettisoned. The Starliner will then orient itself heat shield first before plunging back into the discernible atmosphere at roughly 25 times the speed of sound.

An artist’s impression of a Boeing Starliner capsule descending to a parachute-assisted touchdown with airbags inflated to cushion impact. Sunday’s planned landing to close out a shortened test flight will occur in pre-dawn darkness at White Sands Missile Range in New Mexico. NASA

Approaching North America from the southwest, the Starliner will streak across Baja, California, and northern Mexico before descending to a parachute and airbag-assisted landing at White Sands Missile Range in New Mexico at 7:57 a.m. If problems prevent an on-time re-entry, a backup landing opportunity is available at 3:48 p.m.

Jim Chilton, senior vice president of Boeing’s space and launch division, said flight controllers had corrected the problem with the wayward timer that prevented a rendezvous and docking with the ISS and had concluded the spacecraft was healthy and in good shape for landing.

In the meantime, the Boeing-NASA flight control team planned to carry out as many of the Starliner’s original engineering tests as possible. But, Chilton cautioned, “not all objectives are created equal.”

While Boeing tested the capsule’s parachute and airbag system during an abort test in November, “we still have something to prove here. We think our team has done a fantastic job being ready for that.”

The Starliner on Friday was launched on its maiden voyage atop a United Launch Alliance Atlas 5 rocket. The unmanned test is intended to clear the way for flights carrying astronauts starting in 2020. SpaceX also is building a commercial astronaut ferry ship for NASA and has already conducted a successful unpiloted flight to the space station.

The Starliner’s flight got off to a picture-perfect start. Minutes after release from the Atlas 5’s Centaur second stage, the capsule was expected to carry out an orbit insertion (OI) rocket firing to raise the low point of its orbit and set up the planned rendezvous with the space station.

But the OI burn never happened due to an internal mission-elapsed-time clock that was not tracking the actual time since takeoff. As a result, the Starliner’s flight computer thought the craft was not in the correct position and began firing multiple maneuvering jets in a futile bid to put the craft at an orientation that matched its mistimed expectations. 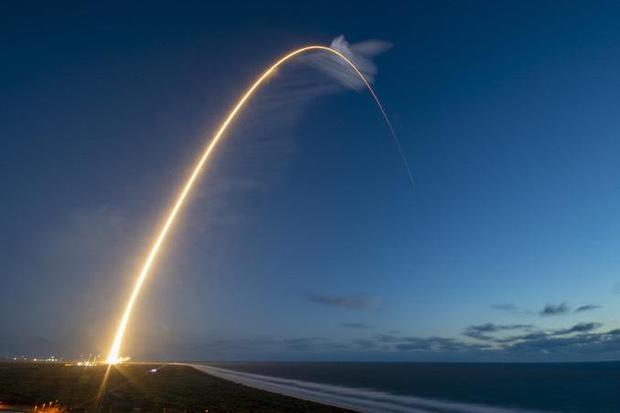 A time exposure of the Starliner’s dawn launch Friday atop an Atlas 5 rocket. United Launch Alliance

Chilton said Saturday the timing problem actually began before takeoff when the Starliner attempted to retrieve timing data from the Atlas 5.

He said engineers did not yet know why the timer did not properly set itself.

“As a result of starting the clock at the wrong time, the spacecraft — upon reaching space — she thought she was later in the mission, and, being autonomous, started to behave that way. And so, it wasn’t in the orbit we expected without the burn and it wasn’t in the attitude expected and was, in fact, adjusting that attitude.”

Video from a camera on the Atlas 5’s second stage, released by ULA on Saturday and posted by Boeing, showed the Starliner as it was released from the Centaur. Multiple maneuvering jets can be seen firing almost immediately, but the clip cuts off after a few seconds and it’s not clear if the burns were normal or a result of the timing problem.

In any case, Chilton said the timing issue and the flight computer’s confusion was compounded by trouble uplinking corrective commands to the spacecraft. Because the capsule was adjusting its orientation, its antennas were out of position to contact NASA’s communications satellite network.

The end result was a rapid-fire sequence of unplanned thruster firings that used up propellant needed for a space station rendezvous. The firings were so numerous, in fact, sensors overheated and one set of thrusters ran out of propellant.

“All of that appears to be just the sensors,” Chilton said. “And to prove that, over the last 24 hours the flight control team has been incrementally turning off the transducers, firing the thrusters and letting the guidance system say, ‘was there an effect on the spacecraft?’ And so far, they’re all working.”

But not everyone was buying Boeing’s relatively positive outlook on the mission. Greg Harbaugh, a former space shuttle astronaut, posted a sarcastic tweet Saturday: