The fight over green jobs in coal country: “We can become important again”

Watch the new CBSN Originals documentary, “Clinging to Coal: West Virginia’s Fight Over Green Jobs,” in the video player above. The full hour special premieres on CBSN Sunday, May 12, at 8 p.m., 11 p.m. and 2 a.m. ET.

Clinging to the top rungs of a 300-foot ladder, Eric Ritchie pauses to catch his breath. Surrounding him, and disappearing below, the curved walls of a long, narrow silo echo his heavy breathing.

Continuing up, he arrives at what feels like the curved fiberglass walls of a mini submarine. The chamber shudders and sways back and forth. As he swings open the heavy door of the top hatch, the space is flooded with bright sunlight. Ritchie clips his safety harness to a steel rail, hoists himself up though the hatch and scrambles out onto the narrow, sloping roof of a massive wind turbine.

“I spent nine years looking through the windshield of a piece of equipment, and I traded it in for this,” he says, scanning the 360-degree views of rolling West Virginia hills. “I think I made a pretty good trade.”

The 300-foot-tall wind turbine is a rare sight in a state best known for its long and rich history in coal mining. And it’s not just because of the breathtaking view that Ritchie considers himself one of a lucky few. Along with most of the men in his family — his father, brother, uncles — Ritchie, 42, worked as a coal miner for nine years. But when it began to look like the mine’s days were numbered, Ritchie heard from a friend about a job opening at Invenergy LLC, a Chicago-based energy company, which had a wind farm in central West Virginia.

“I had the opportunity to make a change, and I took the gamble,” he said. “And I think it turned out pretty well.”

Ritchie was skeptical at first. For much of coal country, alternative energy is almost a bad word. The coal industry, which sustained families here for generations, is regularly lambasted by environmentalists and progressive politicians. Hillary Clinton infamously said during her 2016 presidential campaign that she was going to “put a lot of coal miners and coal companies out of business.” And wind and solar energy is often pointed to to as an industry that could replace coal.

So, when Ritchie made the switch, many of his coal miner friends gave him a hard time — though he adds, it wasn’t long before some of them were calling him up to ask for a job.

Coal mining employment has been in steady decline for many decades now throughout the U.S.  Since 1950, mining jobs have declined by 88 percent, and today only about 14,000 still work in West Virginia’s mines. Automation and more efficient mining practices have been a primary factor behind the change. But recently, competing energy sources, particularly natural gas, led to near-record coal plant closures in 2018.

The costs of wind and solar energy have dropped dramatically, and concerns about climate change have pushed many states to kick their renewable energy facilities into high gear. Some states have made pledges to use mostly renewable energy within a few decades, and Texas, a fossil fuel titan, is now the leader in wind energy production. 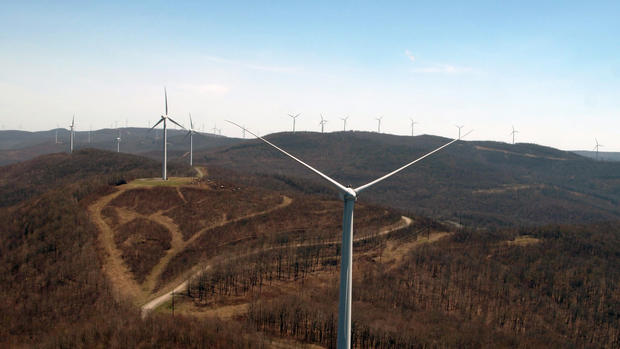 West Virginia, however, is a holdout. Even though many experts say the state is a strong candidate for wind energy, it still gets 93% of its power from coal-fired plants and only 2% from wind and solar. For years, the coal lobby has played an outsized role in West Virginia politics, and many argue that pressure from the industry has been able to keep leaders from pursuing renewables.

“If a politician in this state goes five lines without mentioning coal, then he probably won’t get reelected,” says Doyle Tenney, owner of DT Solar, one of a few solar panel installation companies in the state. Tenney worked for coal-fueled power plants as an electrician before leaving to start his own solar company.

“Coal in this state, it is embedded in the souls of people. While other countries, other states are continuing to try and vamp up the solar industry, my home state is trying to go back in time and create jobs from the past,” he says. 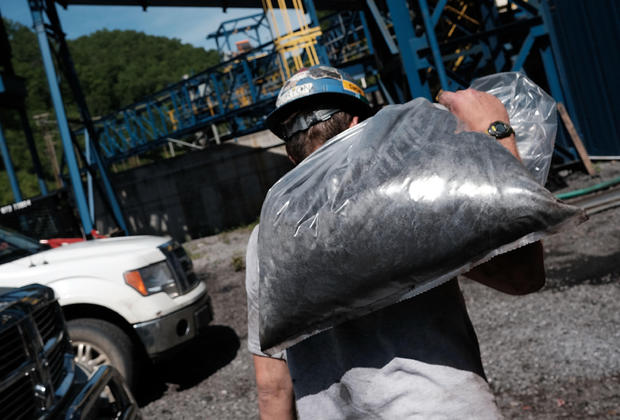 The legacy of coal in West Virginia remains powerful. Many generations of families grew up with coal salaries putting food on the table, and coal is still the backbone of the state’s economy. While thermal coal, used to generate electricity, has been in steady decline, metallurgical coal, needed to make steel, is faring better. Increased demand internationally has even led to a few new coal mines opening in the past year.

However, continued advancements in mining technology and automation does not bode well for mining employment, even if production were to increase. On average since 1950, mining jobs have declined at a rate nearly three times the decline in coal production.

For Eric Ritchie, that reality gives him peace of mind that he made the right choice.

“I’ve got no interest competing with the coal mine,” he said. “You know, I’ve got an opportunity right here that I can earn a living for my family and produce some energy, so that’s my main concern.”

He thinks there’s “no question” West Virginia can succeed.

“We have everything we need to be a competitor to some of the Midwest states — Texas and some of those states that are going largely renewable. West Virginia is just getting its foot in the door. We have a bright future in this state as long as we get the support.”

He adds, “We can become important again. Absolutely.”