OKTIBBEHA COUNTY, Miss. (WCBI) – Three people are facing charges in Oktibbeha County after a man was beaten over the weekend. 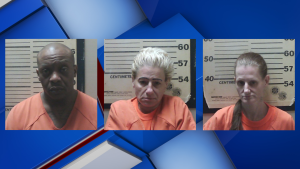 Tommie Wren Junior, Stacy Jones, and April Kellum are charged with aggravated assault in the case.

Investigators tell WCBI deputies responded to a home on Sturgis West Point Road shortly after 3:00 Sunday morning. A victim who had been beaten was taken by ambulance to the hospital. He has since been released.

No other details on the incident have been released.