A Monroe County Grand Jury has indicted Bobby L. Smith for murder in the June 15th, 2021 shooting of George Deon Williams of Aberdeen.

Williams was gunned down in the driveway of his South Hickory Street home.

A second suspect – George Strong – was also arrested. Strong was originally charged with murder, but those charges have since changed.

The same grand jury has indicted him on a charge of Accessory After the Fact.

No trial date has been set in either case. 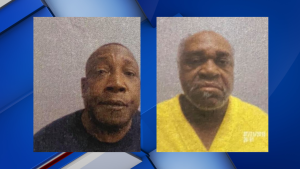