Zettie Bush is charged with neglect. 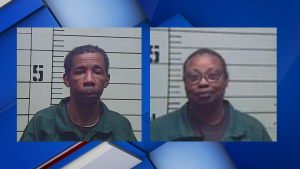 Child Protective Services is also involved in the case.