OKTIBBEHA COUNTY, Miss. (WCBI) – An arrest is made in connection with an Oktibbeha County shooting.

25-year-old Savion Winters, of Weir, is charged with aggravated assault and armed robbery. 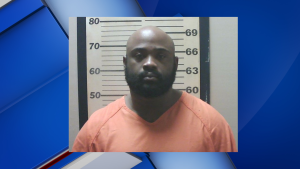 Deputies believe he was involved with a reported shooting at 21 Apartments back on April 25th.

At least one person was injured in the gunfire.

Asheem Harris and a juvenile were also arrested in the investigation.