Police Chief Avery Cook says Cousin is accused of shooting Malik Simmons in the leg and into a vehicle that had people inside.

Cook tells WCBI that Cousin and Simmons shot at each other on Bayless Drive after an argument.

Simmons was arrested after being released from the hospital and charged with felon in possession of a weapon.

Bond had not been set for Cousin, as of this morning. 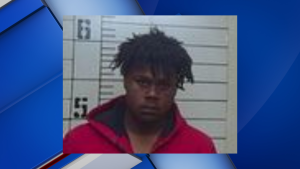