A proposed update by the Trump administration to the manual used by immigration caseworkers to make decisions about petitions would make it more burdensome and expensive for certain U.S. service members and government employees working abroad to ensure that their children secure U.S. citizenship.

The change by U.S. Citizenship and Immigration Services (USCIS), announced Wednesday and slated to take effect in late October, was unexpected for many, prompting widespread confusion and scathing criticism from those who believed it represented an effort to categorically deny birthright citizenship — a bedrock of U.S. law President Trump has long opposed — to children of U.S. troops and government staff stationed overseas.

However, in a call with reporters on Thursday, a USCIS official framed the change as very limited in scope, saying it would affect only a “handful” of people. Over the past five years, there have been between 20 and 25 cases per year that would’ve been potentially affected by it, the official said.

“The idea that this policy negatively impacts or takes anything away from (troops) is absolute incorrect,” the official said. “It bears repeating that this affects a very small population of individuals and they have another means of obtaining citizenship for their children.”

Children born outside of the country to a U.S. citizen parent or parents may acquire U.S. citizenship at birth through the Immigration and Nationality Act, the foundation of U.S. immigration law, as long as the parents meet certain requirements.

These children acquire citizenship through an administrative process that would be affected by this policy change, according to the USCIS official. Previous USCIS policy said these children born and living overseas were considered “residing” in the U.S. for the purposes of acquiring citizenship. The official said this would be scrapped from the guidelines.

The agency said the change is designed to align USCIS procedures with the ones the State Department uses to issue passports to these children overseas.

Who would be affected by this change?

The official provided three examples of children who would be affected by the rule.

Children affected by these new guidelines will still have the following pathways to U.S. citizenship, according to USCIS:

Under the one of requirements of the second option, the families would need to travel to the U.S. and have the children take an oath of citizenship. However, the USCIS official said military family members are authorized under U.S. law to process the entire application overseas, including the giving of the oath to their children. 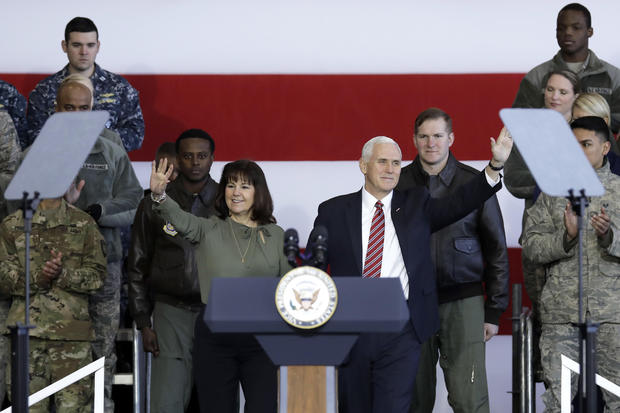 How big an impact will this have on affected families?

Retired Lieutenant Colonel Margaret Stock, who taught constitutional, military and national security law at the Army academy at West Point for nine years, said the change will make it more difficult for certain troops and government staff — like diplomatic officers and missionaries — to secure American citizenship for their children born abroad.

“This is good for immigration lawyers, because they’re just going to have to hire one now,” Stock told CBS News, referring to those U.S. troops and government employees who would be affected by the change. “It dramatically increases the cost of getting U.S. citizenship for your child.”

To go around or conform to the new guidelines, Stock said she expects some families to opt to have their children in the U.S., while families who have already had children overseas would need to relocate to the U.S.

In the scenario where the spouse of a U.S. service member or government employee stationed abroad is pregnant, Stock said many couples could conclude, with the advice of their lawyers, that coming back to the U.S. and having the baby in a hospital there would be the safest option under the policy change.

“If you are think strategically, you’re going to be like ‘okay, they changed the rule, my kid is not going to be a citizen if my kid is born overseas. So let me fly my pregnant wife back to America, and she’ll have the baby here,'” she said. “Or if the baby is born overseas, they’re going to ask to be reassigned to the United States, because they can’t do everything overseas anymore.'”

Stock, who has been representing military families in immigration proceedings since she retired from her decades-long career in the military, cited another example based on her experience representing the family of a U.S service member stationed in Kuwait. The U.S. service member married a non-citizen who already had a child.

Under current policy, Stock said the U.S. service member could sponsor his wife to become a U.S. green card holder. She would activate her green card by traveling to the U.S. and then she could apply and acquire U.S. citizenship, which would automatically confer citizenship on her child.

But once the new policy is implemented, the child would no longer automatically derive citizenship from the mother when she becomes a citizen because the government would determine that the child had not resided in the U.S.

“So, when I had this case come up a couple months ago and this new memo came out, what I told the client was ‘don’t let your wife and kid live with you in Kuwait, send them to America — and then everything will be okay,'” Stock said.

Stock said the ramifications of the policy change are nuanced. As a result of that nuance, which is likely to cause confusion and concern among those serving in the military or working for the government, she said couples could opt to take a safer option.

“This discourages people from wanting to work for the government overseas, because you’re going to hurt yourself and your family if you that,” she added.