A doorbell camera caught a live-action version of “How the Grinch Stole Christmas” in a North Columbus neighborhood on Christmas night.

She took some inflatables.

She went on a spree.

At one house she took even the tree. 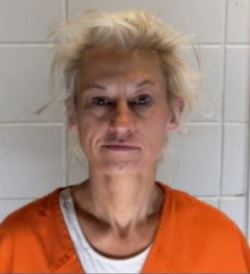 At one house, the suspect was caught on Ring doorbell video. Deputies identified her as April Denise Simmons. They arrested her and charged her with possession of methamphetamine.

When she was arrested, she admitted to taking the decor to give as Christmas gifts to friends and family.

Deputies were able to recover many of the stolen decorations, but Simmons couldn’t remember where she took them from.

“We’ve recovered a lot of Christmas decorations, some of them pretty expensive items, and we’d like to get them back to the rightful owners. If someone is missing these items, we’d like to return them. So, if they can contact us and identify the items that we have in our possession, we’d be glad to return that merchandise back to them,” said Sheriff Eddie Hawkins.

If you think you may have been a victim of the Grinch’s Christmas night raid and would like your decorations back, you can call the Lowndes County Sheriff’s Office at (662) 328-6788.

Woman arrested in Clay County for hitting someone with baseball bat

Suspect wanted in Lee County for breaking into vehicle near Verona