YALOBUSHA COUNTY, Miss. (WCBI) – A year-long multi-agency investigation gets a suspected drug dealer off the streets in Yalobusha County. 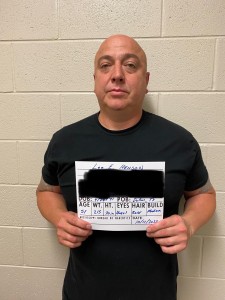 During the bust, deputies uncovered nine hundred doses of fentanyl pills disguised as oxycodone pills, two ounces of cocaine, two guns, and over $4,000 in cash.

The arrest is the result of a joint investigation involving the Yalobusha and Tallahatchie County Sheriff’s Offices and the Mississippi Bureau of Narcotics.

Henson is suspected of selling fentanyl in Yalobusha and Tallahatchie Counties.

Packages shipped to Henson and reportedly containing drugs were also intercepted by the U.S. Postal Service.

Henson is on parole for a murder conviction out of Texas.

He is in the Yalobusha County Jail. The Department of Corrections has a hold on him for parole violations.