SUMMARY: Cold and mostly cloudy weather is here to stay into early next week. Another weather maker could produce snow in our region Monday. Stay tuned for updates over the coming days. 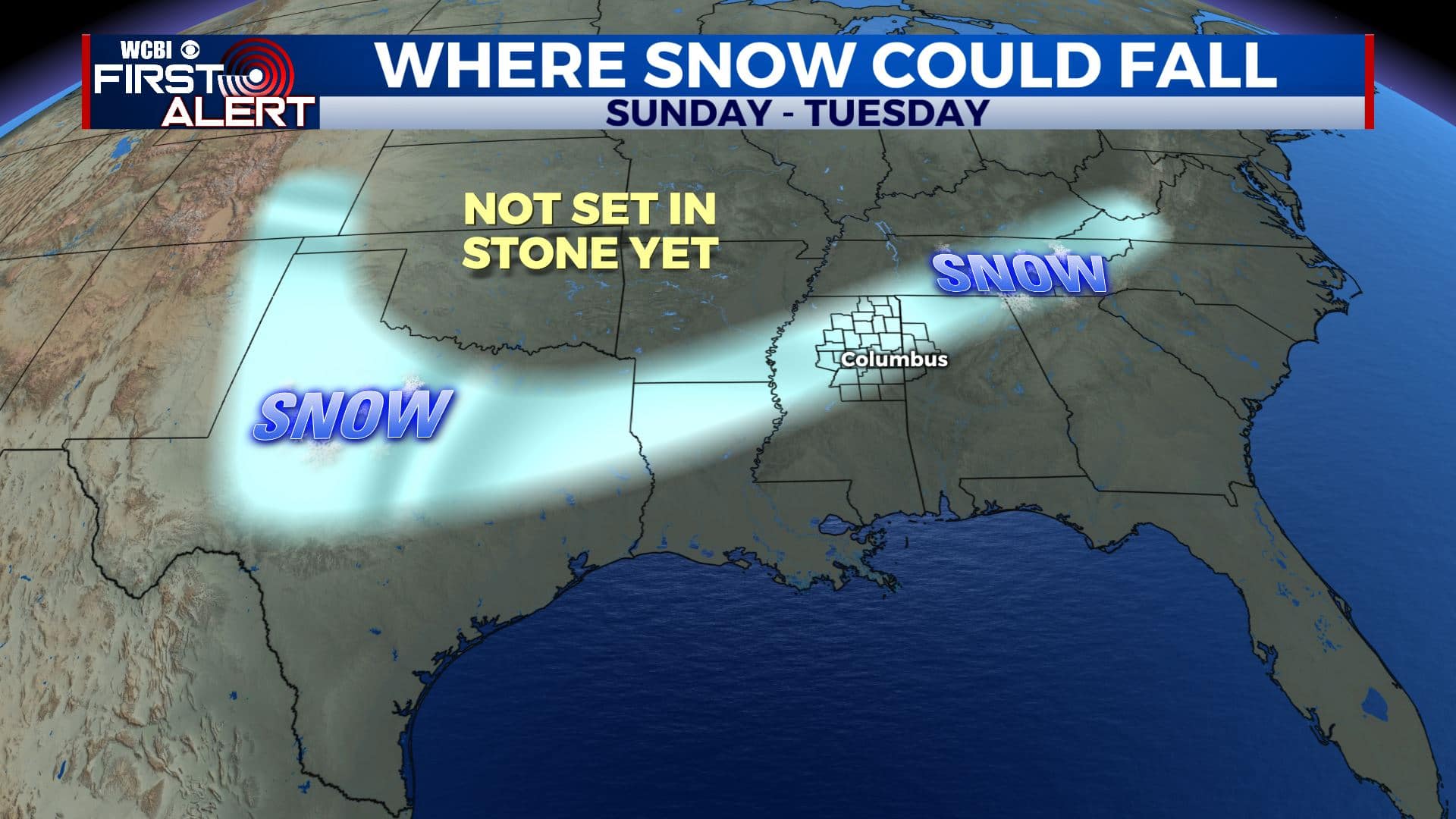 THURSDAY NIGHT: Cloudy with lingering rain and/or snow showers. No issues are anticipated even if a few flakes of snow can develop. Lows in the mid 30s. Winds NW 10-15 mph. 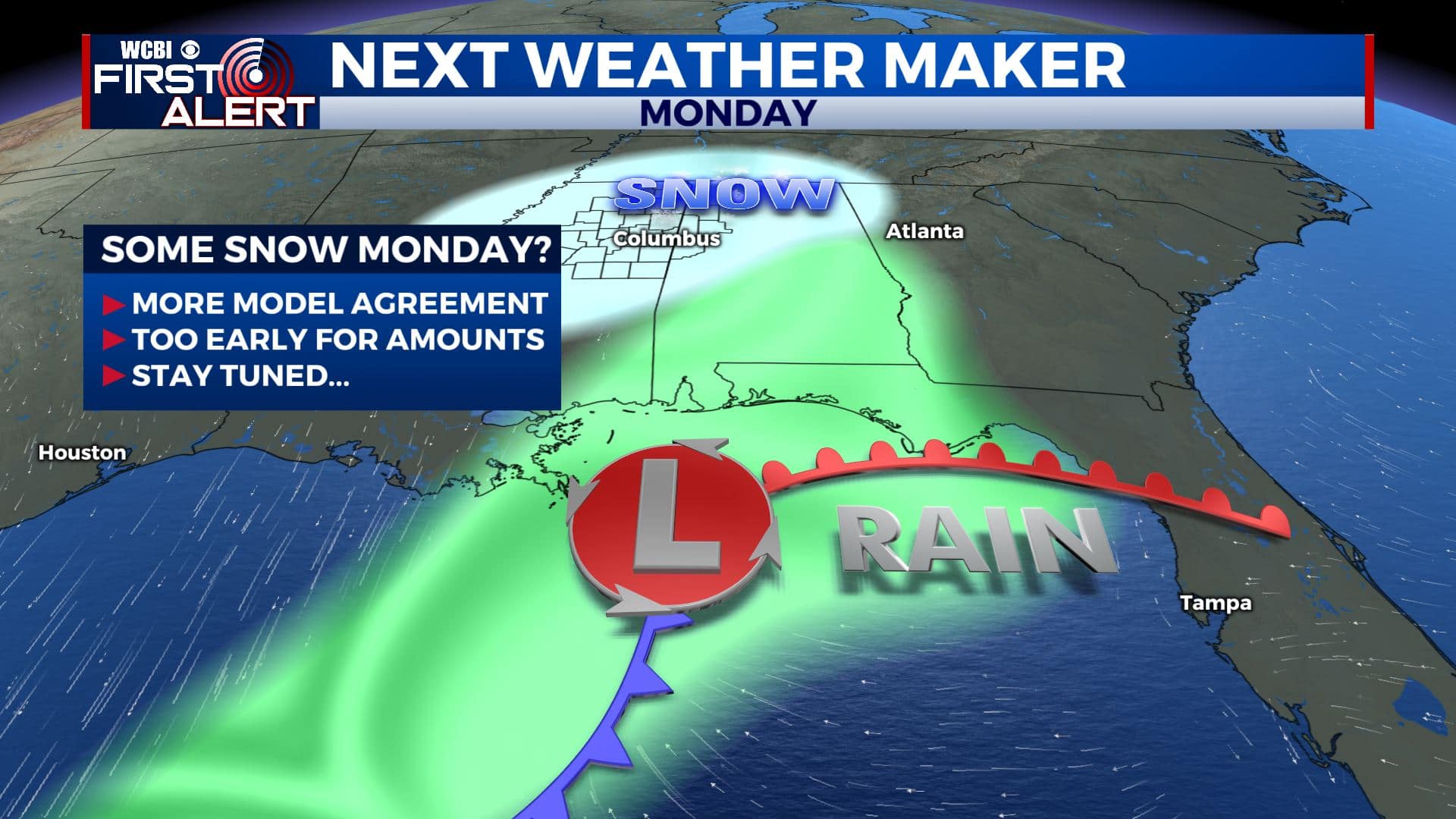 SUNDAY NIGHT & MONDAY: An area of low pressure is forecast to move across the northern Gulf. It will team up with a cold pocket of air that could produce a swath of snow and wintry weather from Texas into the Deep South. It’s too early to pin down any possible snow amounts but at first glance the system has all the looks of a southern snow maker.

TUESDAY-THURDAY: Developing sunshine. Highs climbing back into the 50s by Wednesday.