SUMMARY: A cold weekend is on tap with highs in the 30s & 40s. An area of low pressure could produce snow in parts of our area Monday with some accumulations possible. Temperatures will moderate back into the 50s by the middle of next week. 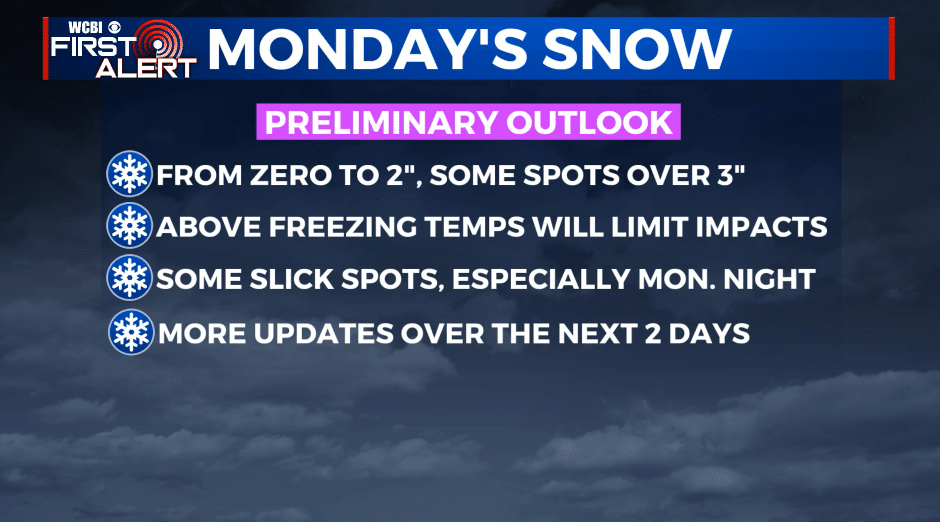 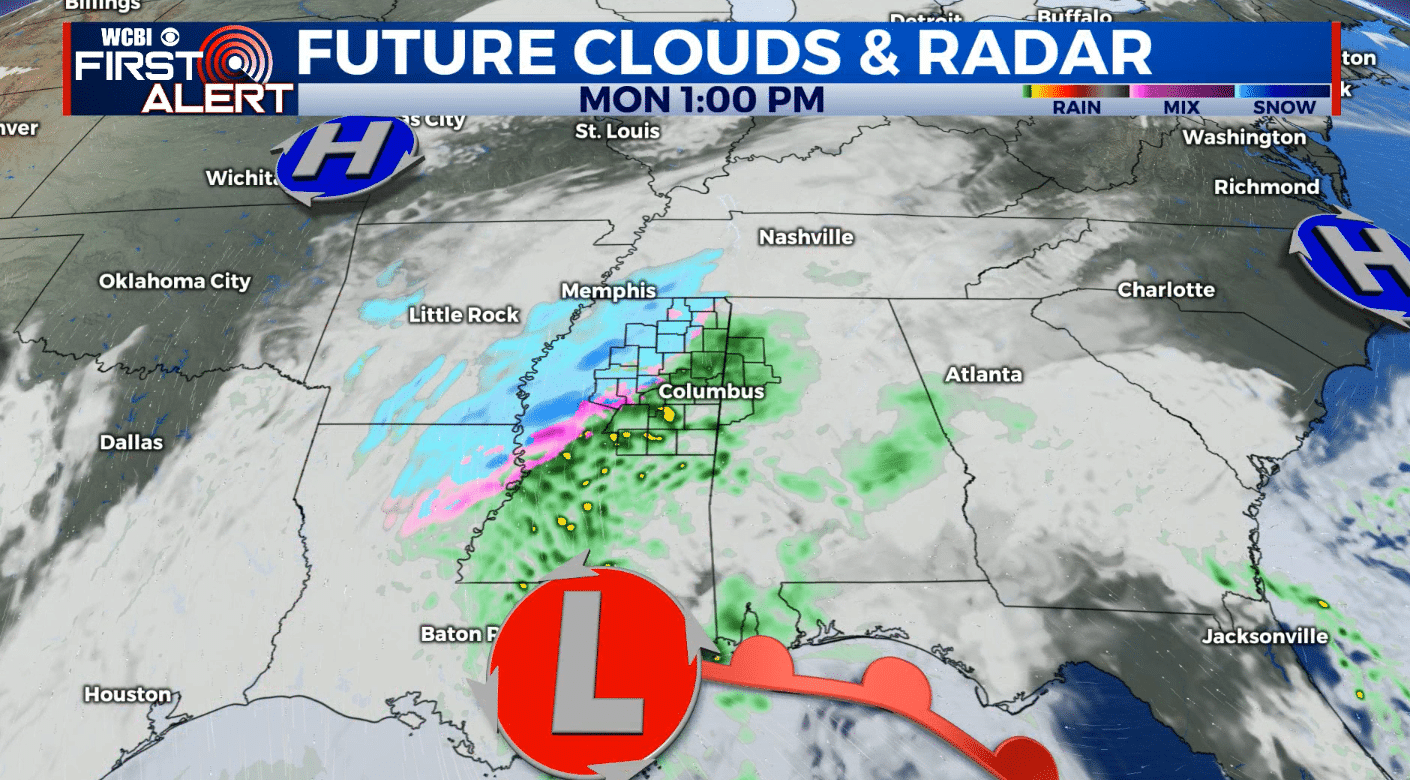 SUNDAY NIGHT & MONDAY: An area of low pressure will move across the northern Gulf and spread rain and snow into our region. We’re forecasting anywhere from ZERO to 2” of accumulation in the WCBI coverage area with some higher totals over 3” possible.The exact placement of the heaviest snow potential is still up in the air so stay tuned for more details Saturday afternoon and Sunday. Temperatures should climb into the mid to upper 30s (if not some low 40s) during the day and that should limit any major issues on roads during the day.

MONDAY NIGHT: Mostly cloudy and cold. Lows in the upper 20s. Lingering moisture on roads could freeze up and cause some slippery spots, especially on bridges and elevated surfaces.