SUMMARY: We are watching 2 disturbances over the next week that will give us some rain and perhaps even some snow if conditions line up. The first will come Wednesday night into Thursday, mainly as a rain producer. The second feature for late Sunday and Monday could offer a better chance at accumulating snow. We’ll continue to monitor things over the coming days to see how things evolve. Snow in the Deep South is rare so don’t get your hopes up just yet.

WEDNESDAY: Increasing clouds. A chance of rain developing during the evening. Highs in the mid 50s. Winds SE 5-10 mph.

WEDNESDAY NIGHT: Cloudy with areas of rain. Lows around 40. 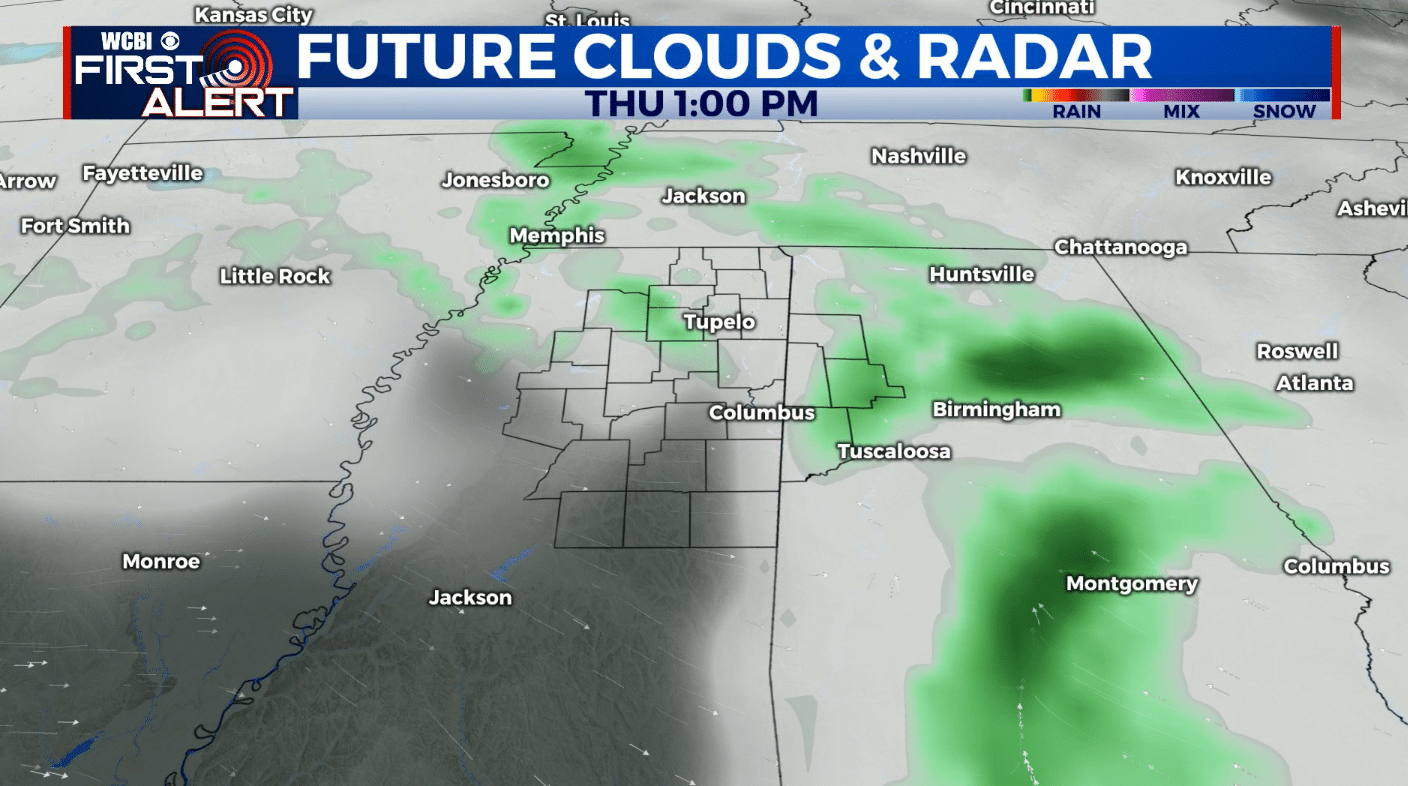 THURSDAY NIGHT: Mostly cloudy. Some lingering rain is possible, perhaps even a few snow showers. No impacts or issues if there are flakes with lows in the upper 30s.

SUNDAY NIGHT: Areas of rain and snow possible. Lows around 32. 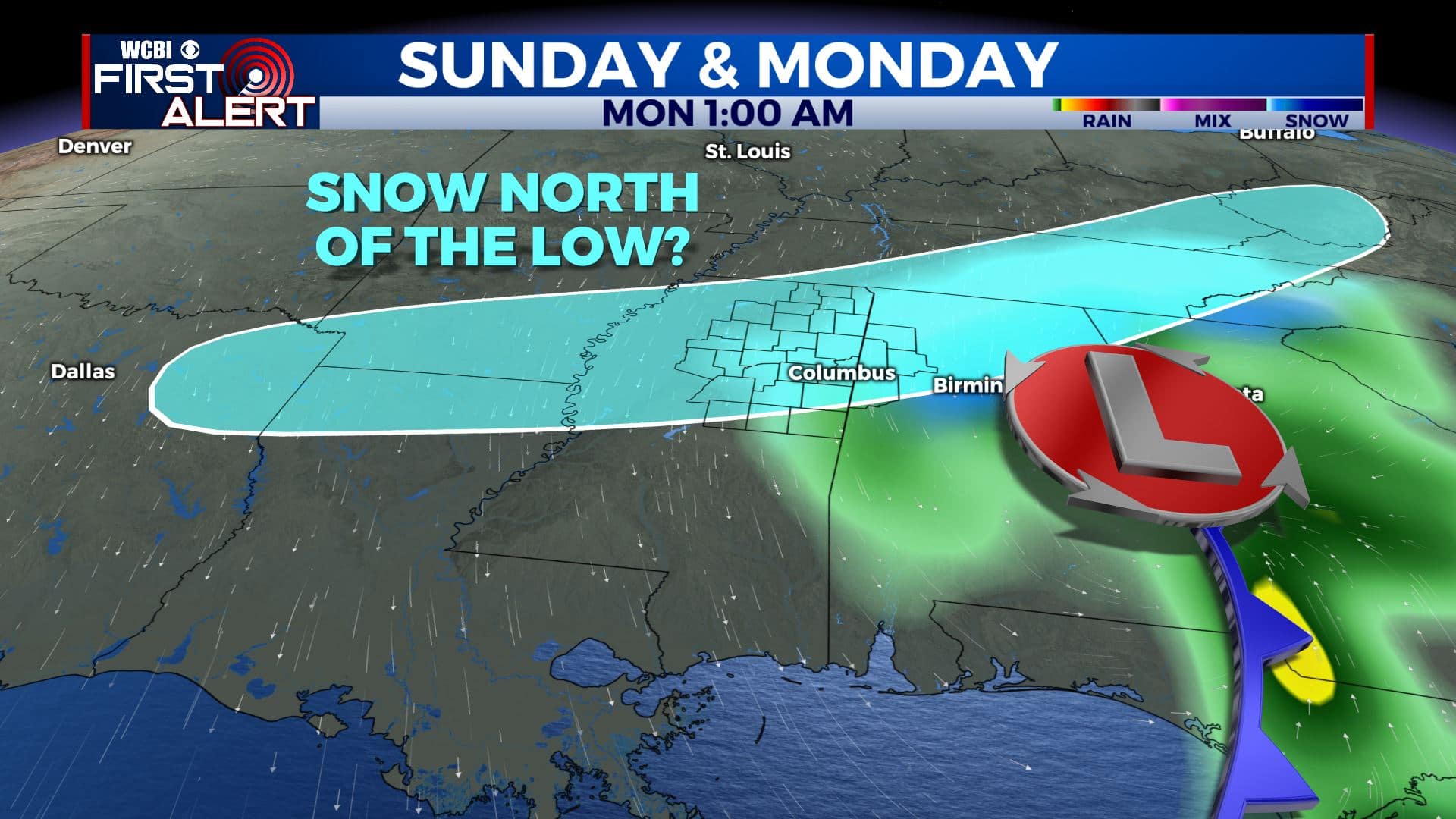 MONDAY: Areas of morning snow then partly cloudy. Highs in the upper 30s to low 40s.