OXFORD, Miss. (WCBI) – A Lafayette County man is accused of dumb use of his smartphone. 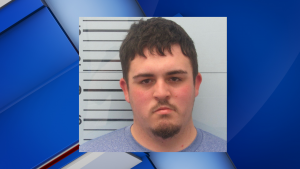 Oxford Police were called to a business on University Avenue for a report of a man attempting to use his phone to record people in a restroom.

Parker is charged with Secretly Photographing for Lewd Purposes.

His bond is set at five thousand dollars.