TUPELO, Miss. (WCBI) – Tupelo has become the target of a lawsuit after a woman’s vehicle was hit by a man evading police.

Donna Brooks has filed a suit against the city of Tupelo, the man who hit her vehicle and an insurance company.

If you remember back to late January, TPD was involved in a chase with Bart Franks.

The lawsuit says Franks was at the wheel whenever his truck crashed into a postal service truck Brooks was driving. 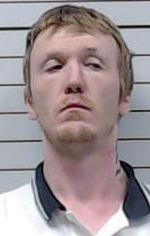 Brooks’s legal team claims she’s owed up to $500,000 for personal injuries and damages.