CALHOUN COUNTY, Miss. (WCBI) – A man accused of shooting at law enforcement during a standoff remains in the Calhoun County jail. 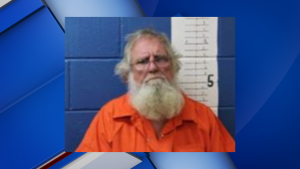 62-year-old Dwight Bailey is charged with seven counts of aggravated assault on a law enforcement officer.

Calhoun County Sheriff Greg Pollan says deputies were called to County Road 326 Big Creek on Friday afternoon about a man trying to take his own life.

Pollan says Bailey fired at deputies when they first arrived and when he got on the scene.

After four hours Bailey came out of his home and was taken into custody.