LEE COUNTY, Miss. (WCBI) – A woman is in jail for allegedly trying to get her boyfriend out of jail. 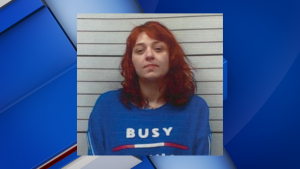 The Lee County Sheriff’s Department arrested Stephanie House, accusing her of forging a fax with a Lee County Circuit Court I.D. and sending it to the Lee County Adult Jail.

The fax ordered for her inmate boyfriend to be released.

Jail staff recognize some irregularities with the fax and was informed by the Lee County Circuit Court that they never sent a release order for the inmate.

The fax was sent on January 11th.

House is in the Lee County Jail and is charged with Uttering a Forgery.

Her bond is expected to be set for Friday, January 21st.

Catalytic converters stolen off of two church vans in Ackerman