SUNDAY NIGHT: Expect partly cloudy skies with a low in the low 70s. Showers and storms are likely mainly after 4 AM then increasing into the morning hours. Wind will be out of the S around 5 MPH becoming calm after midnight. 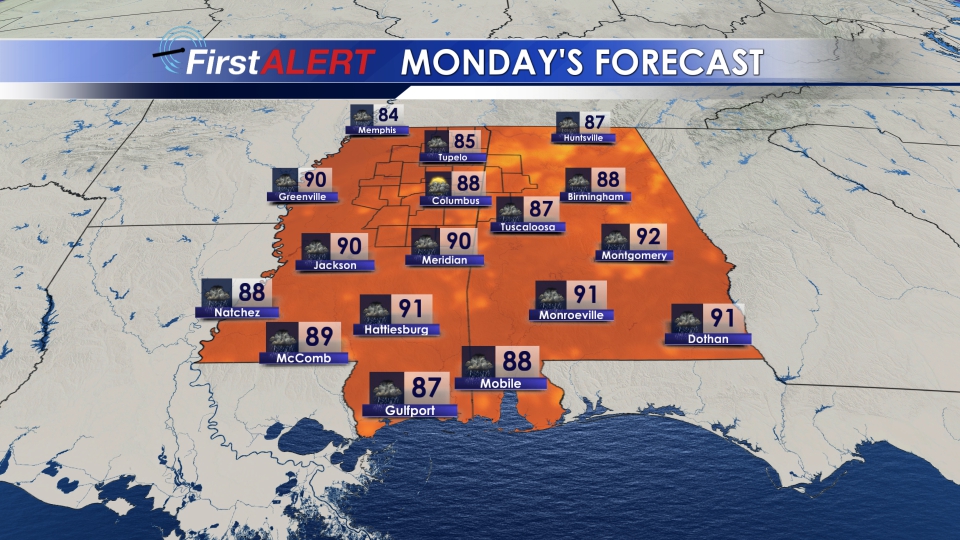 MONDAY: Rain and storm chances remain around 60%. Rainfall totals could be anywhere between a tenth and quarter of an inch. Higher rainfall amounts are possible in thunderstorms. Temperatures may only peak in the upper 80s.  Lows stay in the low 70s.

TUESDAY:  Showers and storms are still possible, but most of them may migrate south of our area during the day in the wake of a cold front that will be passing through the region.  Lows Tuesday night could get down into the mid 60s.

WEDNESDAY-THURSDAY: Spectacular July weather could set up for a day or two. An unusually dry air mass may give us much needed relief from the humidity.  Warm highs in the 80s are still likely, but comfy lows in the mid to low 60s are certainly possible.  Fingers crossed this comes to pass.

FRIDAY- Expect mostly sunny skies with a high in the upper 80s. Friday night will be partly cloudy with a low in the upper 60s.

SATURDAY- A 20% chance of isolated showers and thunderstorms. We will see partly sunny skies with a high in the upper 80s and a low in the upper 60s.