SUMMARY: An area of low pressure will move across the northern Gulf and will spread both rain and snow into our region late Sunday night into Monday. We’re forecasting anywhere from 0 to 2” of accumulation, with some higher totals possible. The exact placement of the heaviest snow potential is still up in the air so stay tuned to WCBI for more details. 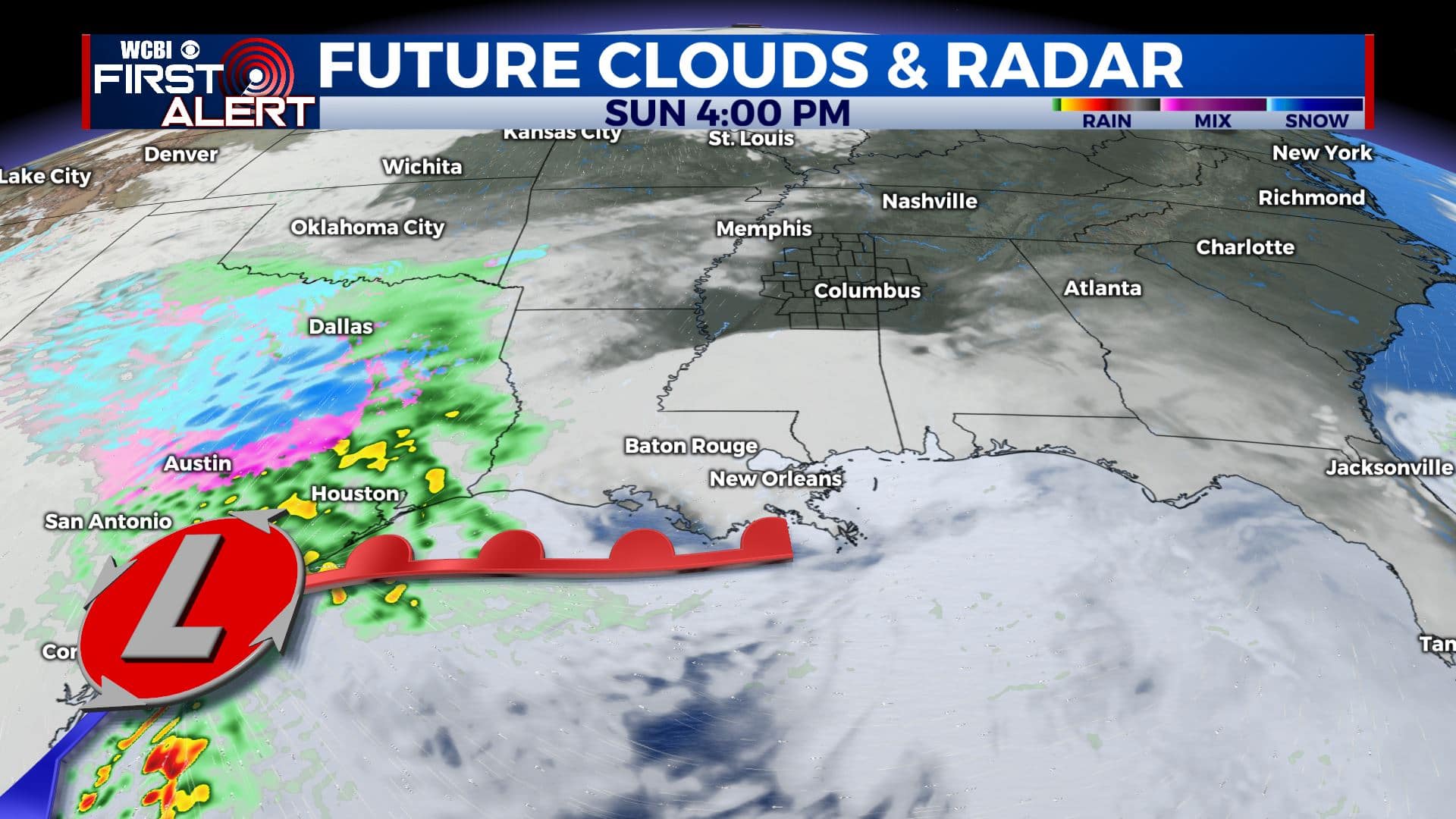 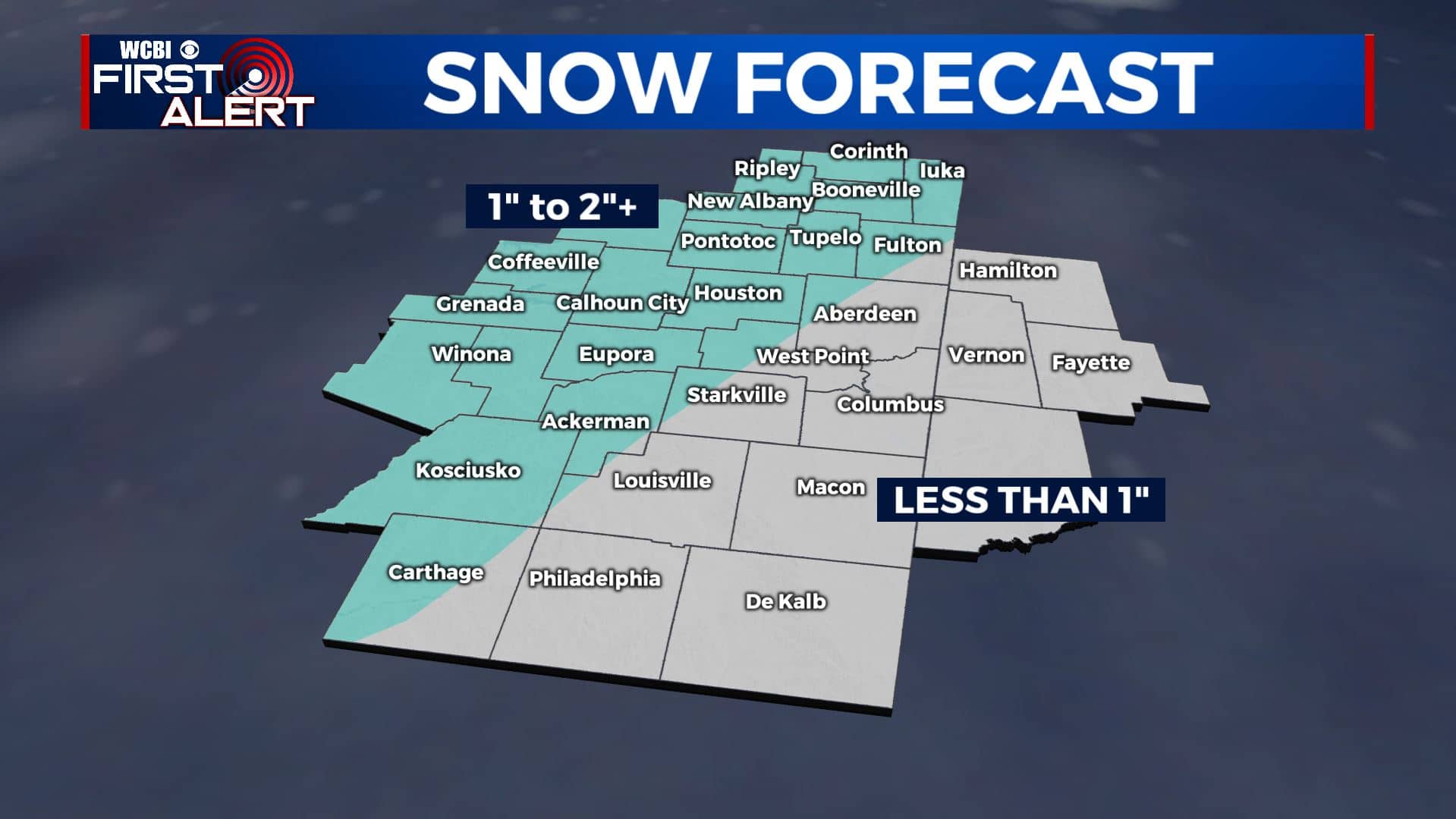 SUNDAY: Some sunshine is possible mixing in with clouds. Highs in the mid 40s. Winds N 5-10 mph.

SUNDAY NIGHT & MONDAY: Precipitation (light rain, snow or sleet) will start to move in after midnight into daybreak on Monday. It will gradually intensify late morning and into the early afternoon hours. The big question is where the rain/snow line will setup during the day. As of Saturday afternoon, we’re forecasting anywhere from 0 to 2” of accumulation in the WCBI Viewing Area, with some higher totals possible in areas along the Natchez Trace. Road pavement temperatures should be the upper 30s to lower 40s during the day and that should limit any major issues on roads. Anything could still change in this forecast. Stay tuned! 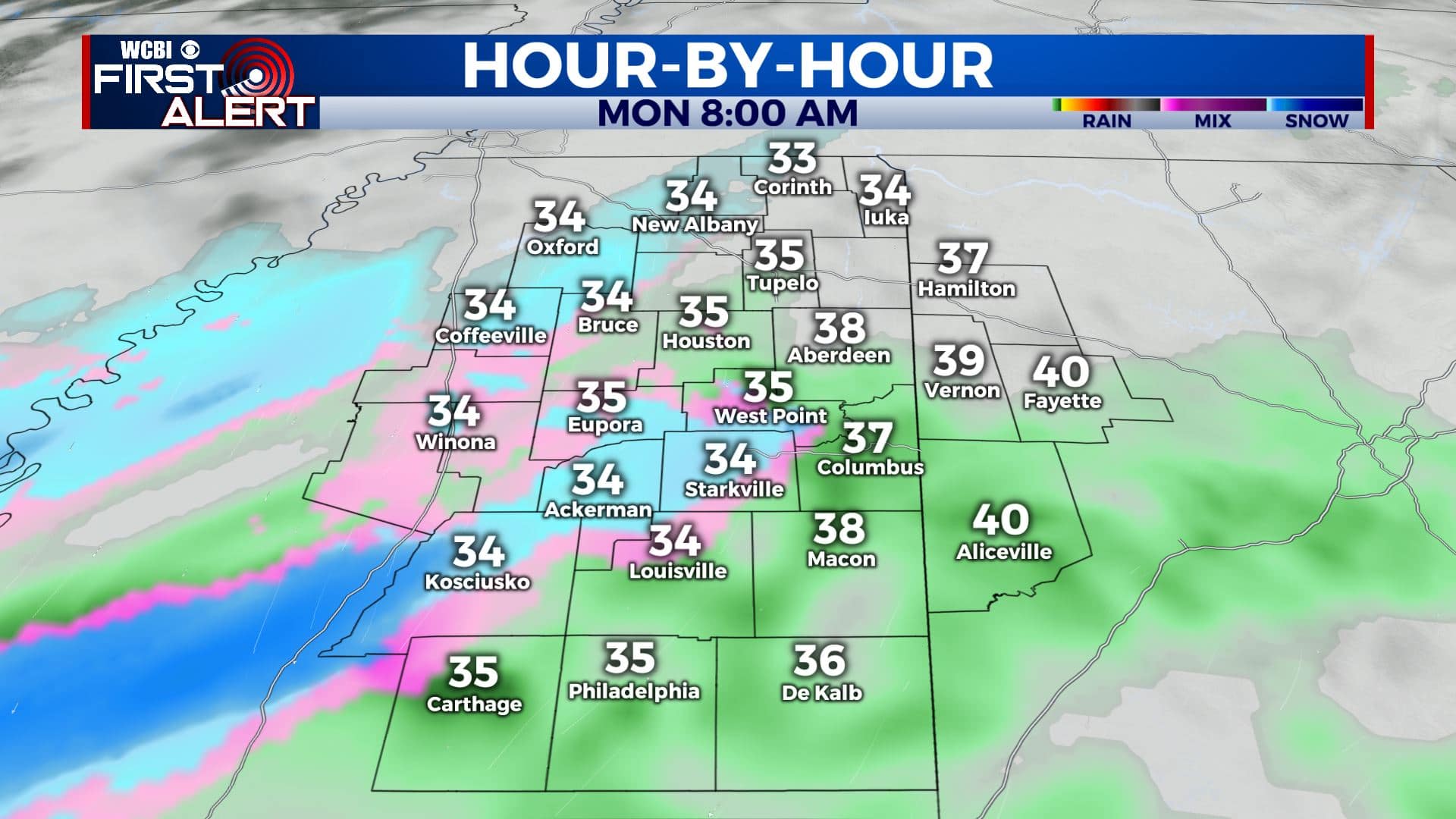 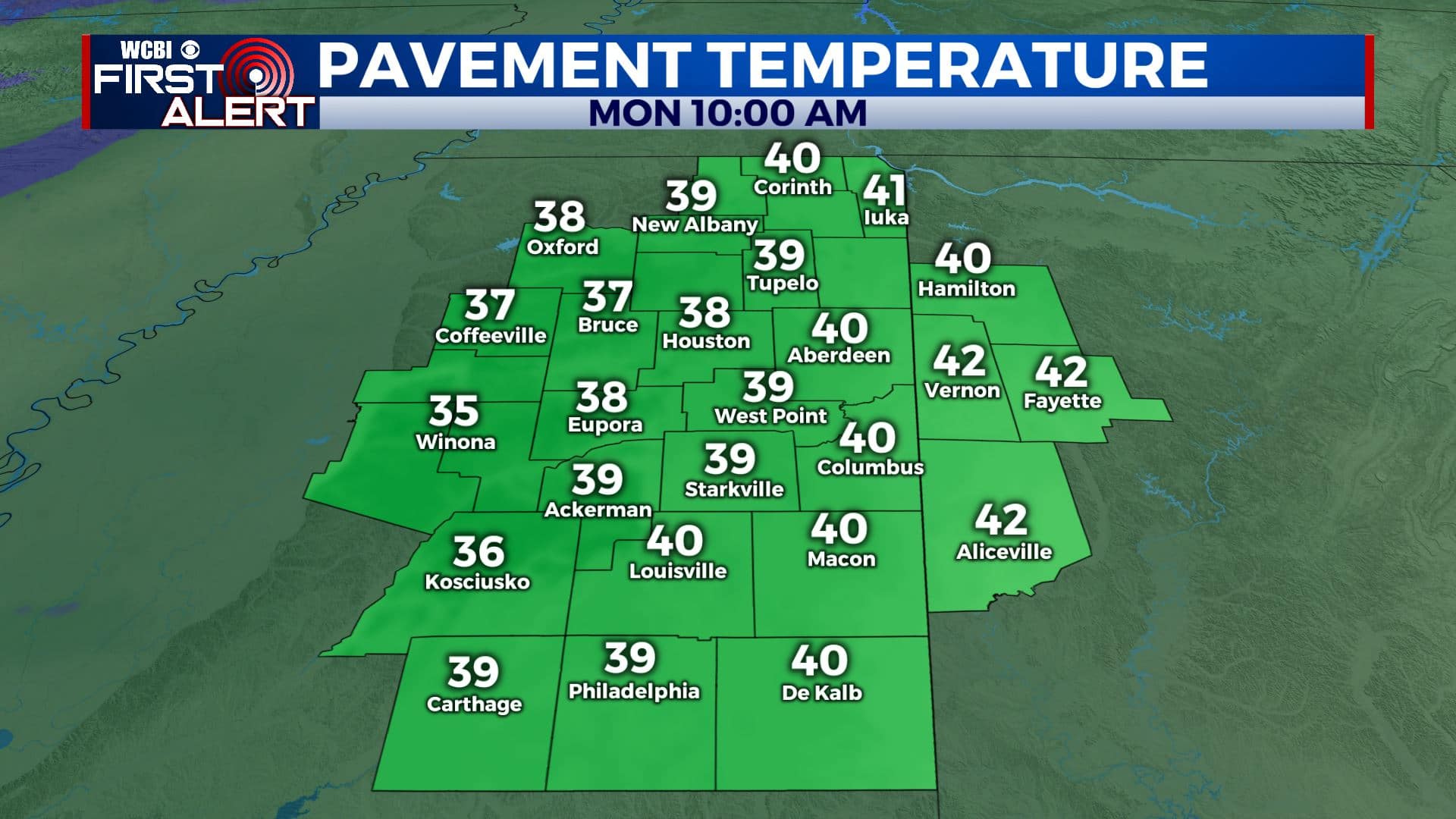 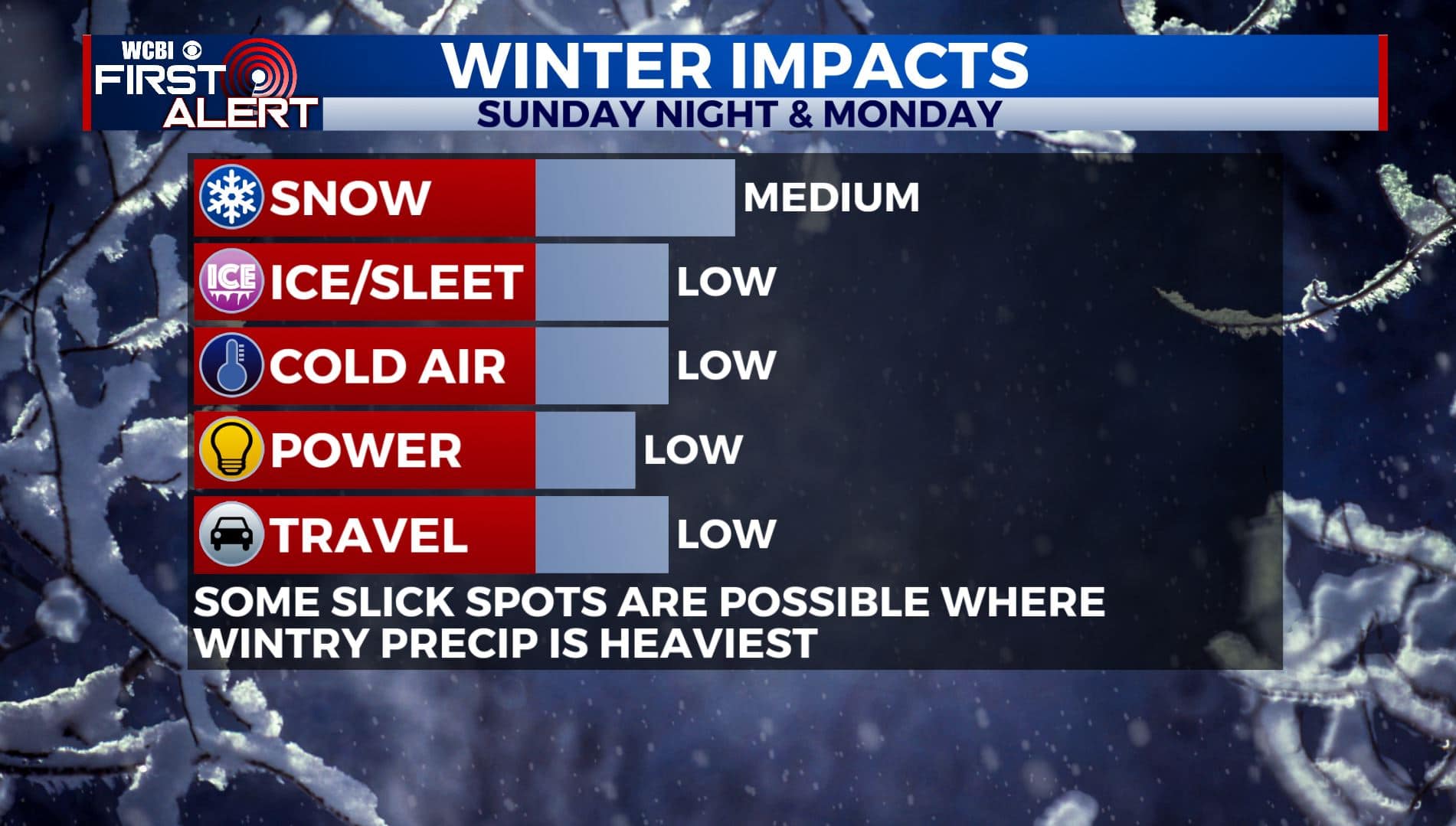 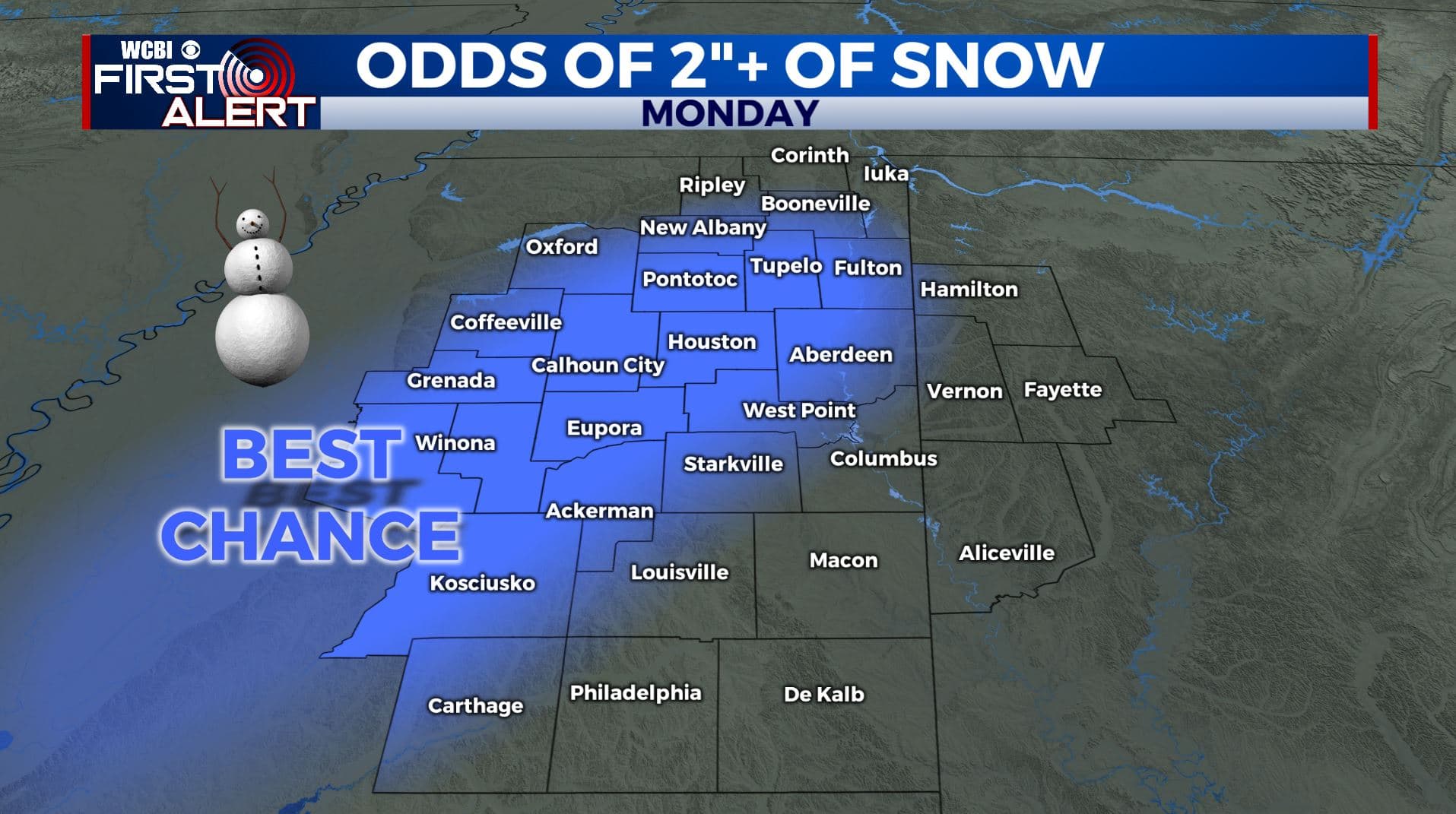 MONDAY NIGHT: Mostly cloudy and cold. Overnight lows in the upper 20s. Lingering moisture on roads could freeze up and cause some slippery spots, especially on bridges and elevated surfaces.

TUESDAY: A mix of clouds with some sunshine. Highs in the mid to upper 40s.

WEDNESDAY: More sunshine returns to the region along with some warmer winter temperatures. Highs in the lower to mid 50s.

SATURDAY: Mostly sunny skies but a bit cooler. Highs in the upper 40s to lower 50s. 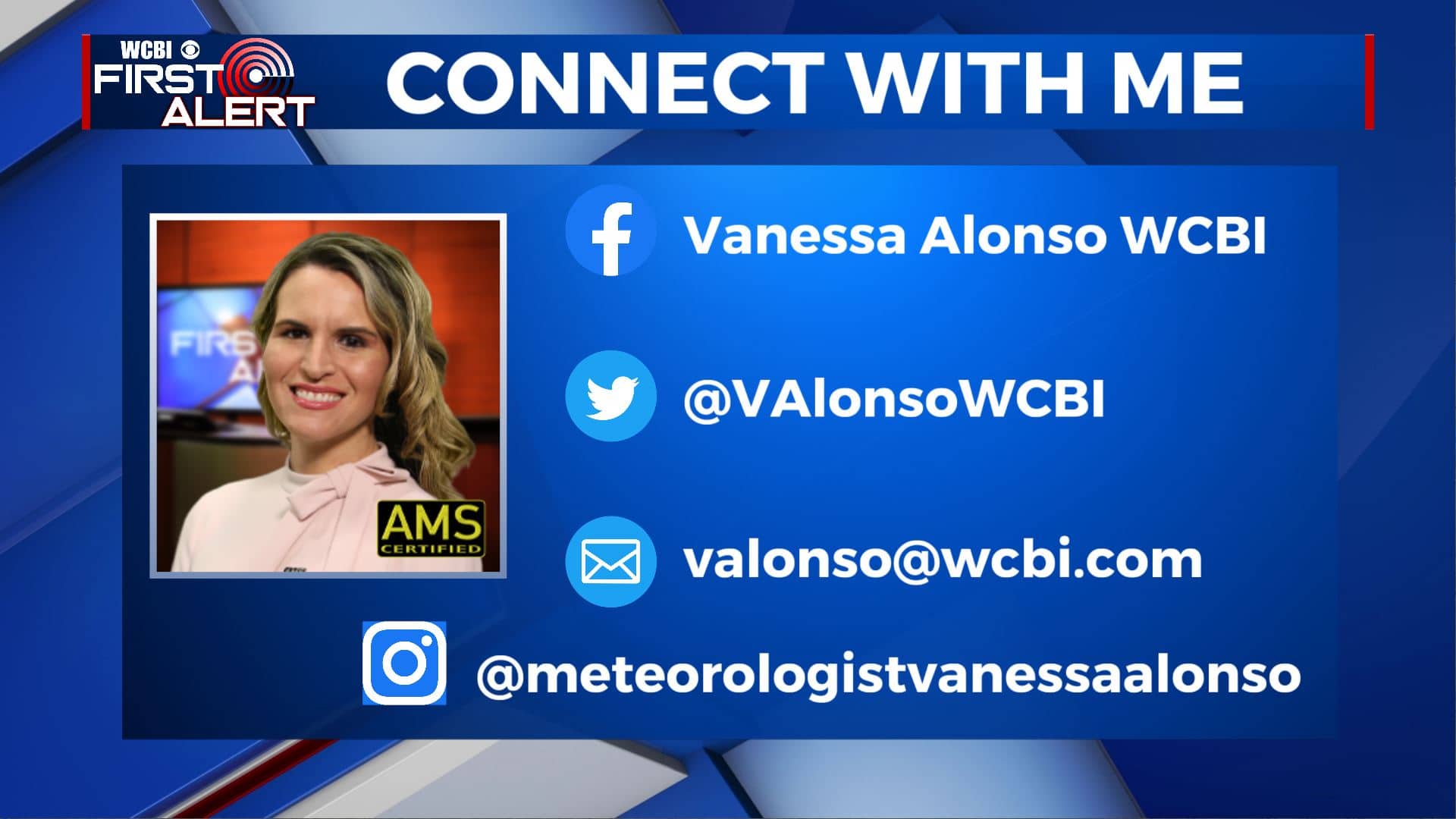